Thoughts for the day

Yesterday I got my daily fix of Deal Or No Deal. I can't give it up, and there's no reason why I should, is there? It changed my life. The player was Vic who sounded just like Boycey from Only Fools and Horses. I've been waiting for his game. It was fun and he went away with £4,000. Such a shame he didn't get more but he remained cheerful and here are two quotes from Vic which I immediately wrote down.
You're never too old to have a new dream.
and
If you see someone without a smile, give them one of yours.
Posted by Lynne Hackles at 11:06 4 comments: 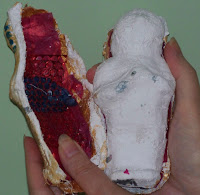 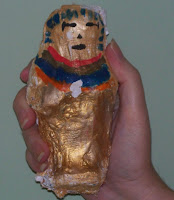 Finally, I do be blogging (excuse the Piratese, I can't seem to get out of talking like a pirate), about writing.
When my kids were little I wrote for My Weekly. They had a piece in each week about family life. It was humour and there was plenty of that in a family with a mother who wanted to be a famous writer, a son who wanted to win the Tour de France, a daughter who wanted to be a snooker player/musician/artist/anything-that-made-loads-of-money, and then there was the LSO who put up with all our dreams and went out to work every day to pay the mortgage, the bills and to feed and clothe us. He was the one with feet firmly on the ground while we had heads in the clouds.
A little later, when our son was riding as a semi-professional on the Continent, I wrote my first children's book (only children's book so far). It was, naturally, about cycle racing.
Once the kids had left home my short stories were about kids leaving home, then came stories about unsuitable boyfriends/girlfriends, weddings, and then grandchildren.
My writing subjects keep changing as I, and my life, change. And now I'm full circle and beginning to write for children again. This is because Dan loves reading and I'd love to write for him - my precious grandson who is going to look after me in my dotage because he is going to be a world class golfer and he will be buying me a red Jaguar.
So what's the picture about?
Over thirty years ago my son made me a 'don't-know-what'. It's a matchbox covered in material and stuck over with sequins. I still have it kept safely in my memory box.
The mummy above, because that's what it is, was made by Dan and I love it. Amazingly his mother was fine about parting with it so the mummy now sits on my desk. It is beautiful and something I shall treasure when I am in my dotage and driving around in my red Jag.
Posted by Lynne Hackles at 09:35 3 comments:

Ahoy There, Me Hearties!

It do be Talk Like A Pirate Day and I 'ave a secret to be tellin 'e. I be the descendant of Blackbeard. He swashed, buckled, raped and pillaged on the seven seas, not bein' sure if he were Pirate or Viking, ye see. 'E were so villainous that it do be takin' fifteen thrusts of the cutlass afore he dropped to the deck and then 'is 'ead, it were chopped off an' overboard it went along of 'is body. An' crew, you know what, 'is body swam around the ship fer 'alf an 'our afore it sunk to Davey Jone's locker. An' that's the truth!
I go swashing, buckling an' scraping of the barnacles off the keyboard to be doin' today, an then it be bathin' the parrot and filin' his beak.
An' I awready be fed up with this and be goin' to check on the crew. That be you Julie P, Bos'n Teresa and Scurvy Simon.
As Bos'n T finished with a joke, ere be mine.
Cap'n - 'Where be me buccaneers?'
Cook - 'On your buccan head.'
Posted by Lynne Hackles at 07:00 2 comments:

Today isn't Talk Like A Pirate Day. It's tomorrow. Mad Cap'n Tom made a mistake when he sent out his emails. If you don't believe there is a Mad Cap'n Tom, or you need a few tips on how to talk like a pirate or want to know what the hell is going on then see www.yarr.org.uk
Posted by Lynne Hackles at 10:23 1 comment:

What day is it? Where am I?

Those are the questions I ask the LSO each morning when I wake. Normally I have trouble remembering what day it is but when we are away in Win I can never remember where we are either. And no wonder. So far we've been to Glastonbury, Chard, Charmouth, Plymouth, Veryan, Bude, Clovelly, Appledore, Tintagel, Boscastle and now for some reason we're at Minehead. We've visited National Trust properties, the Museum of Witchcraft (OK Simon, it was to pick up a few tips and recharge the broomstick!) and I've been researching Wrecking, Smuggling and pirating in readiness for Friday 18th when Bosun Teresa Ashby and yours truly, Cap'n 'Ackles will be blogging as pirates for Talk Like A Pirate Day. Do join us if you feel the urge to do a bit of swashbuckling. Several pieces of eight for the best blog, if I can find any pieces of eight. See you then.
And speaking of Teresa, she's been blogging rather a lot lately, about spiders. Horrible little critters -Oops, sorry, it's not Friday yet. We dropped our resident spider off somewhere in Devon. It had been living behind the wing mirror for several years and had accompanied us on all our travels. Now I bet there aren't that many spiders who can boast of being to Land's End, John O Groats and all places inbetween. Currently our little freeloader is making its way back to West Wales. Let's hope it gets squashed by a juggernaut before it gets as far as the M4. Just in case it doesn't I shall be building a barricade of conkers all around the house.
Posted by Lynne Hackles at 09:30 4 comments:

Yesterday I lost my mentor. Jean Currie died. I met Jean many years ago and she added me to her long list of writers to help. Jean had faith in me and when I told her I was about to start work in a dress shop she suggested I write a story a week instead, so I did and I made the same, or maybe more than I would have in a shop. I certainly enjoyed it more.
Over the years Jean has emailed me news of markets I had to write for, news of agents I had to write to, news of competitions I had to enter. She always encouraged me, was always there for me and I think she liked being called The Whip-cracker. I'm going to miss her.
Posted by Lynne Hackles at 17:47 3 comments:

I hate dusting, polishing, sweeping, the whole caboodle, but as a couple are coming to view the house on Saturday - it's for sale - it's having a spruce-up. The LSO tells me they're not going to buy it for the spotless bathroom or organised airing cupboard. He's probably right.
I usually have a blitz before we set off on an adventure because it's lovely to come home to a clean house. It'll be the estate agent showing the prospective buyers around as we'll be packing Win on Friday and driving off into the 'sunshine', if we can find it.
Win is short for Winnebago - at 21 feet ours is the smallest of the Winnebago family, a Rialta (pictured above). And Win because we bought her with my Deal Or No Deal Win (note the red on the side - that's a picture of my box, number 8). What I love about motorhoming is the freedom. We can go wherever we like and I don't have to fit everything into one suitcase. I can take whatever I want and there's always room for it. Including the laptop so I can keep blogging, check emails and maybe even write. Don't ask me where we are going because the answer I always give is, 'I don't know where we're going until I see where we've been.'
Watch this space!
Posted by Lynne Hackles at 16:20 4 comments: