Birth of a Writer Part Two

Gladys, the secretary, added my name to The Clock. Everyone's name was on the clock and Gladys had supreme control. If the finger pointed to your name, it was your turn to read. After you’d finished, Gladys moved the finger to the next name and so on, unless you had offended her, in which case the finger slipped. It managed to whizz past Doreen’s name for nearly two years because of some minor upset between these two ladies.
I remember Edmund who struggled with his creative talent, reducing the Circle to tears of laughter at one meeting, and at the next, turning up unshaven, scruffy and half-starved. And there was Graham, the treasurer, who wrote about nature and died while out horse-riding on the Malvern Hills.
These were The Old Ones, all intellectuals, all with something to say, all willing to help a new-comer. I listened in awe, to their work, their achievements and their advice. It was Roy Plumb who most inspired me. He would comment on my stories, giving advice and telling me he could see how much I loved words.
They are all dead now.
At the second meeting the finger reached my name. The piece I read was called, Coming Out. It was autobiographical, about me coming out of the closet and admitting that I wanted to be a writer. Written in the present tense, I told them how I couldn’t breathe for fear, how I had to undo the waistband of my skirt so that I wouldn’t faint, how knowing there were a couple of English teachers there was making matters worse. They laughed. It took a long time before I was able to read aloud without shaking, but the group supported and encouraged me - after all, I was the new baby in their midst.


By the time my second AGM came around I wanted to offer my services as Folio Editor. The Folio was always an awkward project. It was a collection of members’ work, with empty pages interleaved ready for written comments from the others. Back in the early days of the group they had sent the folio out to people such as Vita-Sackville West and George Bernard Shaw who had actually commented on each piece of work. The Folio could be kept by a reader for up to three days - in reality this often stretched into weeks - and then it was to be handed on, or posted, to the next on the list. As some past members who had moved away from the area still contributed, the folio could travel hundreds of miles before everyone had added their bit and the critiques were given out. The last I heard of it was back in 1985, when it was lost somewhere near Woodstock.

Birth of a writer

When very young and new to writing I joined a writing group. I had to audition for a place in it. ‘Send in a piece of original work,’ said the secretary, Ken, in his letter. He didn’t have a phone. Later I was to discover he didn’t have running water either. One of the kindest men I’ve ever met, he became a close friend, right until his death. Ken lived, with his artist wife, in a tiny cottage, with a water pump in the front garden and a chemical toilet in a shed at the back.  Chocolate biscuits were a treat for this couple who lived so frugally, and I never visited without taking a box with me.
My piece of original work was read at a meeting and a secret ballot held. Ken later informed me that I had been accepted as a new member and, a few weeks later, I attended my first ever meeting.
We sat in rows facing the front where Gladys sat at a desk, flanked by Ken and her husband, Harold. Harold Bradley was a respected poet and former headmaster.
Edgar Billingham was there with his wife, Sybil. Edgar had won awards for his poetry, in the days when awards meant something. He was also the writer of the radio series which filled the slot later taken by Mrs Dale’s Diary. He was a teacher and used to set the boys in his class some work and while they did it, he would work on another episode of his radio ‘soap’.
One of those boys was Roy Plumb. He’d joined the group as a seventeen year old but was asked to leave as Lady Chatterley’s Lover was to be discussed and the conversation would have been too advanced for such a youngster. Roy returned when he was 21, wrote several novels and had forty-plus stories read on the BBC’s Radio 4 Morning Story slot.
Rosemary Bazely, an elderly lady, wrote poetry, producing an anthology each year which was published by Orbis and broadcast on the World Service. As she aged her talent expanded. She died in her late eighties, with a pen in her hand.
And then there was Philip. Our very own Quentin Crisp. Philip, I was informed by Gladys, henna-ed his hair all through the war. As Gladys had red hair at the time I think she was jealous because Philip managed to acquire the henna she so desperately wanted. Philip had long fingernails, was sometimes seen wearing a crocheted shawl or a large Panama hat. A total eccentric who presented me with a collection of his love poems.
‘What do you think of them?’ asked Gladys.
‘They’re beautiful,’ I told her, and meant it. ‘They’re all written for boys, you know,’ was her reply.


I sat, at that first meeting, surrounded by talent and eccentricity, and felt completely out of my depth.
Posted by Lynne Hackles at 08:49 13 comments:

Another entry from my school diary. I bet the teacher laughed when she read about us getting a bit of peace when my little brother went to a party. (She gave me a star.)That model village ended up being the church and one house and then I lost interest. After all 1/6d was a lot of money. 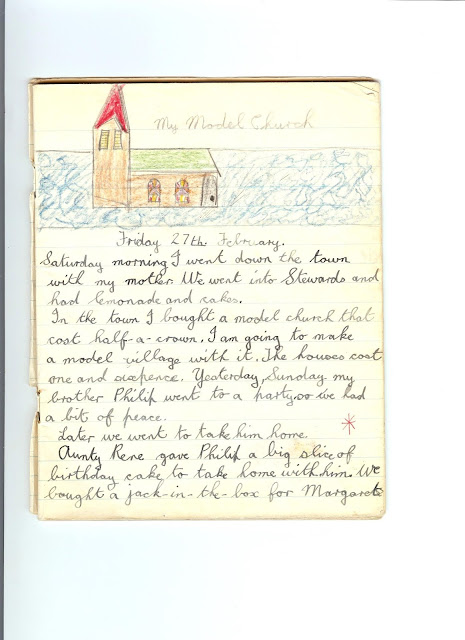 1.  Were fireworks being given away free at food-banks? It seemed that the biggest firework displays came from the poorest areas. (The same goes for houses nauseatingly decorated with millions of Xmas lights.)

3.  I love my calendar. Glynis Scrivens, my cyber-sister, sends me a calendar from Australia each year. It means I get to look at pictures of sun-baked beaches when it’s cold, miserable weather here.

4. So, for July and August why don’t we put snow scenes on our calendars and keep our sunny days for November through to February?

5.  I am a true and loyal friend. I will help anyone if it is possible for me to do so but make the mistake of thinking you can walk all over me and you should be afraid. Very afraid.

6.  I thought up a good programme for television. A follow-up to Homes Under the Hammer where people buy up houses, do them up and rent them out. How about one where the cameras return 12 months later and see what the tenants have turned these immaculate homes into? The Tenants From Hell. Then I saw there’s already a show about this.

7.  I don’t want to do dark magic but I so want someone to get their come-uppance. I am tempted.

8.  Making good plans. We are going to sell both houses, move somewhere with no mortgage, buy a motorhome and travel again.

9.  Why are my hands aching just from thinking about Sally Bridgewater who achieved her target of 50,010 words, written in 24 hours yesterday? She typed at a speed of 2000 words per hour and it’s me who is aching.

10.  Talking of Random Thoughts, I sent out a proposal for a series of six articles about random things writers can do to find ideas. The series begins in the next (January) issue of Writing Magazine.
Posted by Lynne Hackles at 08:51 6 comments:

Gifts for readers and writers. A blow becomes an opportunity.

When this Librarian was laid off, he used the opportunity to start the business he'd always wanted to run. 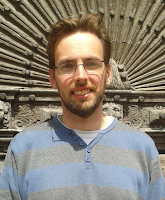 When Dan Metcalf learned he would be made redundant from his role in public libraries, he used the opportunity to plough all his time into creating Word Nerd Games, a product development company with a literary bias. His first product, a playing card deck that celebrates the library promotion campaigns of yesteryear, is now live on Kickstarter until the 13th November. (www.libraryloverscards.com)

Dan, from Crediton in Devon (UK), trained as a librarian and spent over ten years working in libraries around the south west of the country. When Coalition Government cuts forced a reorganisation at his council, he knew he might not make it through the new round of interviews. “The cuts were brutal,” says Dan, 35. “I had been threatened with redundancy three times before and had clung on to my job, but I knew that this time I might not stay.” He received his redundancy letter on Christmas Eve, 2014. 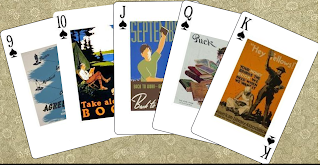 “I knew then that I had to make the leap away from libraries and set up on my own,” says Dan. “I enrolled with the local Business Support Service, got advice from my local government and began to devour all the books and podcasts I could find to start to build my business.”

“I knew what I wanted to do. I had always sketched and designed little games and puzzles and I wanted to take this further. I had planned to use Word Nerd Games as a way to license toy and game ideas to companies, but when I had the idea for the Library Lover's Playing Cards, it seemed so personal that I wanted to try and do it myself.”

The card deck reproduces vintage images from the 1920s to 50s, which were used to promote libraries and reading. The Kickstarter will raise money for the first print run.

“It's funny, I think being made redundant was the best thing to happen to me. I love being my own boss and making money my own way. I just want to keep producing ideas time after time! I'm still fond of libraries, as the card deck shows. I use my local one regularly to work from and most of the business books I read come from there.”

“I was lucky, really,” says Dan. “Being laid off could be my ticket to riches!”

The Kickstarter for the Library Lover's Playing Cards is live until 13th November 2015 at www.libraryloverscards.com.

More info can be found at  www.wordnerdgames.com and